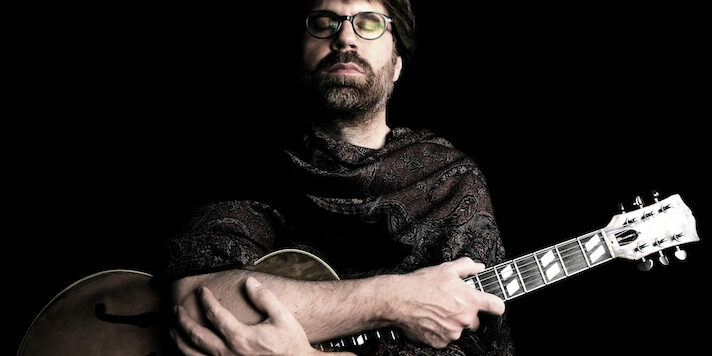 We are very happy that we have reached a new level of cooperation with guitarist and composer Hub Hildenbrand. We have been working with Hub in booking for a longer time, now we have been able to win him over for our label! His new album “Mater” will be released on September 10th, a spiritual and personal instrumental recording, improvised meditations played out of pure intuition.

Hildenbrand studied at Rotterdam Conservatorium and at Berklee College of Music in Boston and was a student of Mick Goodrick and John Abercrombie, followed by studying at the Turkish Music Conservatory with the Ud master Nuri Karademirli and studying North Indian Classical Music in Calcutta with Sarod master Ranajit Sengupta. Hildenbrand has been the director of numerous ensembles of his own, he has composed film and theater music and has released eleven CDs of his own music.