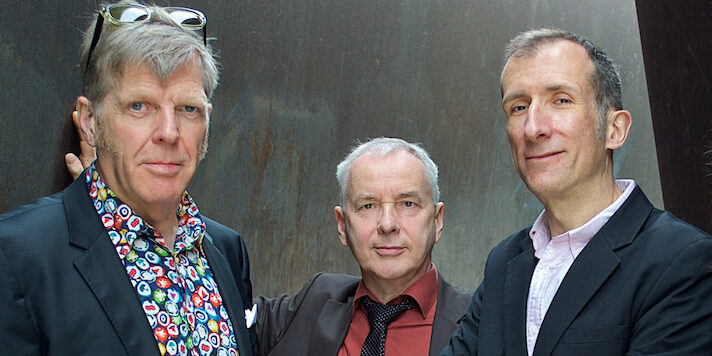 Naming their new album “Three!” has two reasons for BERLIN 21. On the one hand, it is the band’s third album, and on the other, it is the first that they recorded not as a quartet but as a trio.

Musically it takes an extremely varied trip around the world, on which we encounter Latin and Afro grooves as well as Funk and Soul beats. Swinging Bebop, dreamy Jazz ballads and a Musette Waltz are just some of the stops the band makes on “Three!”. Their companion is always the Blues, a basic pillar of Jazz, a leitmotif that keeps flashing in different facets. Bandleader and drummer Torsten Zwingenberger, together with pianist Lionel Haas and Martin Lillich on bass, presents a versatile and entertaining new album that is full of joy and simply puts you in a good mood. With virtuoso ease of which you don’t even notice the complexity behind it, the long-time bandmates mix different timbres and rhythms, swing and groove from one continent to the next.

Torsten Zwingenberger (drums), Lionel Haas (piano) and Martin Lillich (bass) have been playing together since 2013 under the name BERLIN 21. Their first two albums “Capital Letters” (2014) and “Odds On” (2016) were made in a quartet with guitarist Patrick Farrant respectively his successor Timothy Seier.

On August 20th, 2021 “Three” will be released on all music download and streaming services and on CD.