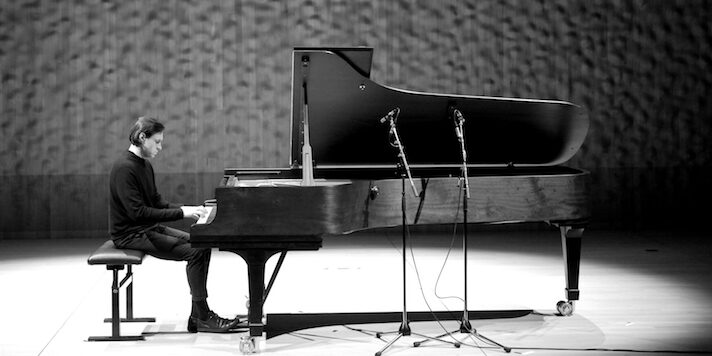 Pianist and improviser Lorenz Kellhuber plays with his own musical history, intuitively seeking out different stages of his musical development, ranging from baroque to modern piano literature. He has long since outgrown the jazz clubs and is drawn to the world’s concert halls.

The concert in Hamburg in September 2021 was something very special for Kellhuber in several respects. On the one hand it was his debut at the Recital Hall of the Elbphilharmonie, on the other hand his anticipation lasted particularly long. Originally planned for autumn 2020, his appearance had to be postponed due to the pandemic and could only take place a year later under certain conditions.

At the concert, Kellhuber was also equipped with an extraordinary Steinway grand piano from Klangmanufaktur Hamburg, which is not least responsible for the excellent sound of his new solo album “Live at Elbphilharmonie Hamburg” which is going to be released on CD and on all music streaming platforms on October 7th.

Tickets for the record release concert at Elbphilharmonie Hamburg on October 15, 2022 are on sale now: https://www.elbphilharmonie.de/en/whats-on/lorenz-kellhuber/19137