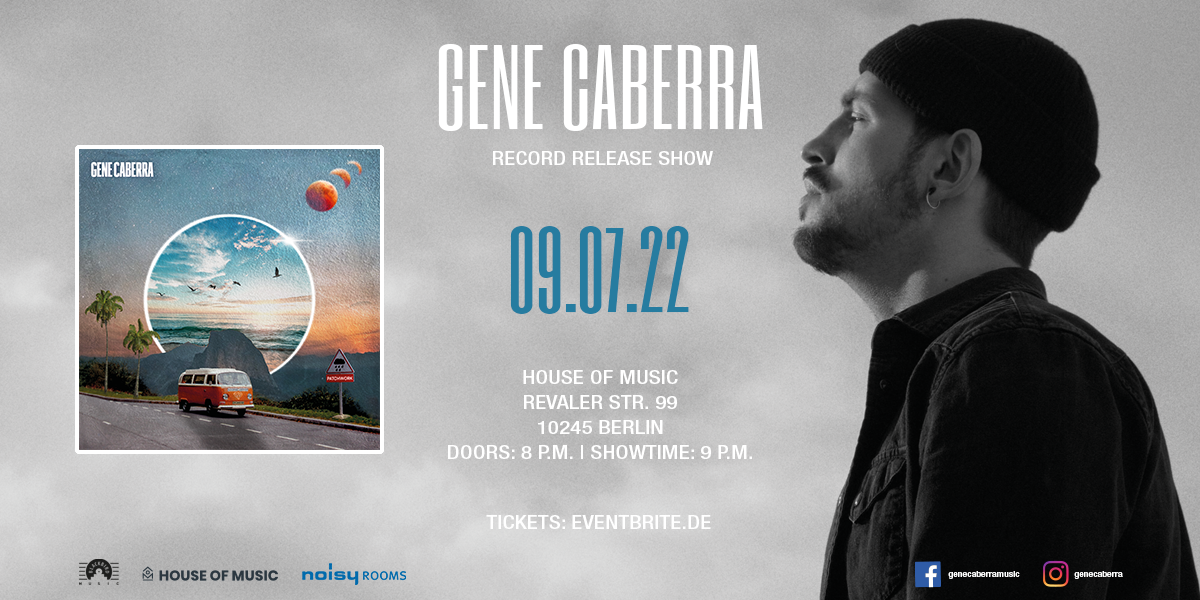 Gene Caberra’s debut album “Patchwork”, which was released on May 20th, got off to an impressive start. All 10 album tracks have already been played by at least one major radio station, including Deutschlandfunk Kultur, SWR1, SWR3, SR1, FluxFM, NDR Blue, MDR Kultur and WDR5. Music critics also praised the album in the highest tones:

“If you’re in the mood for bold blues-funk-soul-lo-fi-pop with all sorts of other influences, this is a must-listen.” (Guitar 6/2022)

“Funky, groovy, casual and technically at the top.” (soundsandbooks.com)

“It’s almost unbelievable what Gene is able to do and how his band can accompany him throughout. Above all, it’s one thing: a lot of fun.” (Soundkartell.de)

On July 9th, Gene Caberra will finally present his debut work live at the House of Music in Berlin, featuring René Flachsenhaar on bass, Mathias Uredat on drums and David Erekul on keyboards. Doors open at 8 p.m., Showtime at 9 p.m.

Tickets are available here (Eventbrite.de). Save the date!