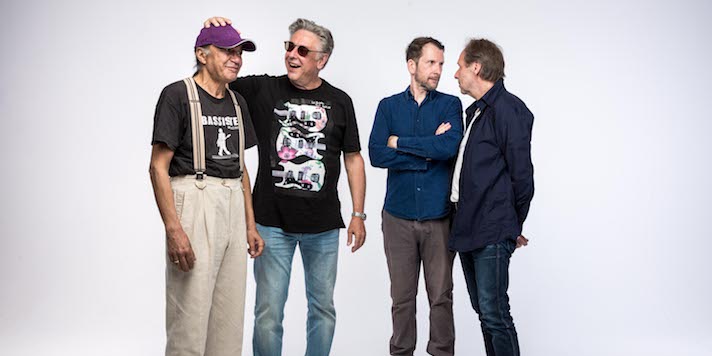 Like many others, the Berlin fusion band B3 is currently stranded in regards to concerts. Reason enough to spend the gained time on the writing and producing of new songs, thought B3-mastermind Andreas Hommelsheim. It was about time anyway: in 2017 their last album was released, a live album called “Get Up! Live at the A-Trane”. Now, B3 release three new tracks, also to make the wait for the concerts in autumn a bit more bearable for their fans. “Fake News” is the name of the first single that went online on all streaming and download platforms today.

There is also a video showing the band during their recordings at Blackbird Music Studio. Fans will notice that B3 bass player Gérard Batrya is not in on it. Due to the Corona pandemic the Frenchman was not allowed to leave his home country and that’s why the three songs were written without him. The bass part was played by Hommelsheim on the E-organ. For this, the keyboard player experimented with new sounds and effects. Vocals and guitar are as usual by Ron Spielman, on the drums as always Lutz Halfter.