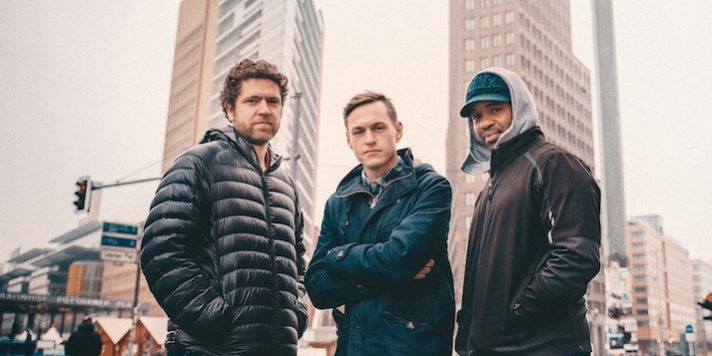 “The Brooklyn Session” is the name of the upcoming release of the young composer and pianist Lorenz Kellhuber with two of the most prominent musicians of the New York jazz scene: Orlando le Fleming (b) and Obed Calvaire (dr). The release is scheduled for Nov 13th, 2015.

After three records with his Lorenz Kellhuber Trio the 25-year old who was considered the discovery of this year’s Montreux Jazz Festival by Jazzwise Magazine turns towards his passion for jazz standards. Where else than in the Big Apple he found his two companions for this project. Without ever having played together before, Lorenz, Orlando and Obed recorded 15 tracks of the Great American Songbook at the legendary Systems Two Studios in New York City in January 2015, first takes only. Six of them they will now release as Lorenz Kellhuber Standard Experience.

“Only a few among the young musicians play the old standards, although they are still the basis for all jazz musicians”, Lorenz describes the motivation behind his new CD. With extraordinary finesse and musicality he frees the Broadway Tunes from dust and builds a bridge between tradition and the present masterly.