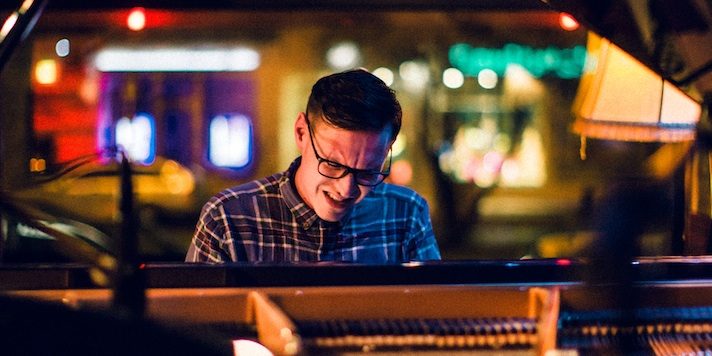 Tomorrow is the day! Lorenz Kellhuber will make his solo debut at the 49th Montreux Jazz Festival. Having won the Parmigiani Montreux Jazz Piano Solo Competition in 2014, he had already attended the local Jazz Academy last year. Now the „Hotshot“ (Jazz thing) will return to Montreux as a fresh laureate of Regensburg’s sponsorship award, to tread the same boards as a lot of long accomplished stars, such as Tony Bennett, Al Jarreau, Lenny Kravitz, Lionel Richie and John Legend. We are very excited for him! If you’re not in Montreux, you can still watch the new video for the title track of his current album “State of Mind”, recorded at Lorenz’s record release show at Blackbird Music Studio.